Deterred by high rents, Fruits Vending chief executive Bruce Zhang hit upon the idea of dispensing orange juice via vending machines.
RAE WEEraewee@sph.com.sg@RaeWeeBT
On why he picked oranges specifically, Mr Zhang says he believes that oranges have an "international taste", and is a universal drink that people of all nationalities are familiar with.
BT PHOTO: YEN MENG JIIN

AFTER leaving his decade-long career as an engineer in the semiconductor industry, Bruce Zhang thought about opening a chain of fruit juice stalls after noticing that people were jumping on the bandwagon of healthy eating.

But the "sky high" rental rates of stores, especially in the central business district, proved to be a deterrent, and led the 38-year-old to think of alternatives to seize the opportunity of joining the health food industry.

After about six months of research and development (R&D), Mr Zhang launched his first vending machine in June 2016, marking the start of his company Fruits Vending.

Today, Mr Zhang, the chief executive of the premium smart vending machine manufacturer and operator, is the owner of more than 400 vending machines in Singapore and more than 1,000 machines across 28 countries.

Branded i.Jooz, the vending machines serve a main purpose, that is, to dispense orange juice. The company is also certified by the National Environment Agency.

With a storage capacity of about 500 to 600 oranges each, the vending machines are integrated with customised Internet of Things-based solutions that allow their performance to be monitored in real time, and allow data such as the number of cups sold and the time that the last cup was sold, to be extracted.

The machines' systems can also be accessed remotely, and in the event of a downtime, for instance, can be restarted or have its errors rectified.

In doing so, the company also reduces manpower needs. Despite the sheer number of vending machines around the island and worldwide, Fruits Vending has a 60-strong workforce, with one serviceman being able to tend to as many as 40 to 50 machines.

On why he picked oranges specifically, Mr Zhang said he believes that oranges have an "international taste", and is a universal drink that people of all nationalities are familiar with.

Indeed, the company's global success has proven his hypothesis true. Within two years of setting up the company, Mr Zhang began its overseas expansion.

The i.Jooz brand of vending machines can now be found in Malaysia, Thailand and Australia, and as distant as the United States, Switzerland, France, Italy, Bahrain and Qatar.

Fortunately for Mr Zhang, interest from these overseas franchisees mostly occurred by chance.

He said that many of the company's overseas business partners came to know about the vending machines when they visited Singapore for holiday or to do business.

"They sent in enquiries or some of them just stepped into our office to understand the business model," he added.

While there are teams in the respective countries to manage the operations, Mr Zhang noted that the staff in Singapore are still able to access the machines remotely and troubleshoot them if necessary.

The hardest part of the business, however, is not the maintenance of the vending machines or ensuring the freshness of the oranges. Rather, it is deciding on the ideal location to place the machine.

"Every country does have its (own) safety regulations, you cannot simply deploy the machine wherever you want," he said.

Additionally, factors such as footfall and, in the case of Singapore, places that are not too hot or humid, must also be taken into consideration, he added.

Naturally, when the Covid-19 pandemic hit earlier this year and as countries around the world went into various stages of lockdown, Fruits Vending's business was not spared.

During the two-month circuit-breaker period in Singapore from April 7 to June 1, more than half of its vending machines were shut down, especially those located near tourist attractions, hotels and schools.

Disruptions to the logistics chain also caused shipment prices to go up and resulted in delays in the delivery of oranges from its overseas suppliers. "The shipment arrival date actually jeopardised (our business) a lot and a few times, we were nearly out of oranges and had to put up a notice," said Mr Zhang.

The situations in other countries were worse than that of Singapore, he added, as the vending machines "totally (could not) operate" in some areas due to government regulations. Certain countries also only just restarted their operations in recent weeks.

However, in Singapore's case, the silver lining was that after restrictions were eased, business for certain i.Jooz machines located near heartland malls and neighbourhood areas performed even better than pre-Covid times.

While overall business has yet to bounce back to pre-pandemic levels, Mr Zhang said there has been "significant increase in sales" over the past two months.

Once the pandemic situation eases across the globe, Fruits Vending is hoping to continue with its expansion plans, which were initially set to take place this year. Dubai, for instance, is next on its list.

Unlike other startups, however, Fruits Vending only has one investor - Mr Zhang himself, who said that he "threw in quite a lot of investments" especially during the initial R&D phase.

The company is not actively looking for any other investors for the time being, and Mr Zhang added that the need for investors would likely only be for its overseas operations, particularly if it is aiming for a "fast expansion" abroad.

That said, Fruits Vending - like many ambitious startups out there - has plans to have an initial public offering in the future.

"Since starting this business, this has always been the dream," said Mr Zhang. 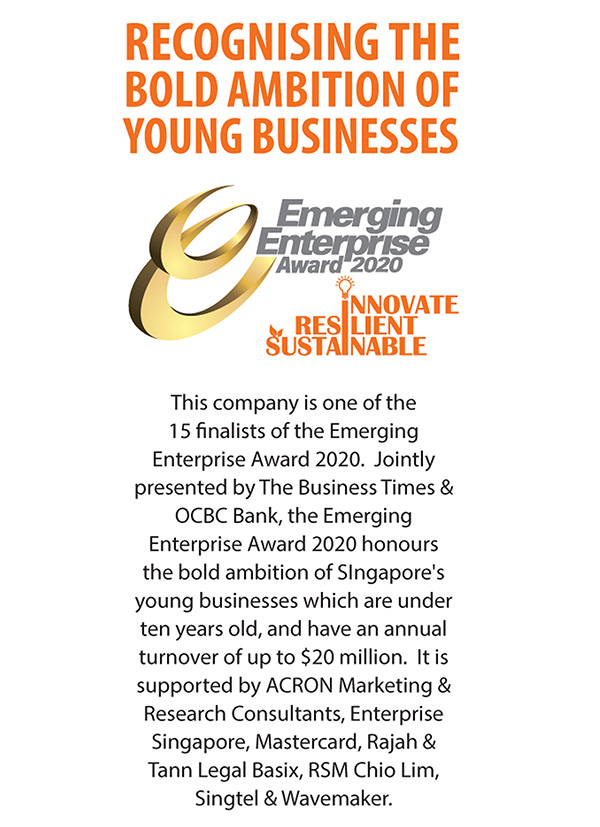 23andMe raises more than US$80m in Series F round

[NEW YORK] DNA testing company 23andMe raised more than US$80 million in equity in a financing round led by Sequoia...

[HONG KONG] In a Hong Kong transformed by China's crackdown on everything from political dissent, to the media and...

[WASHINGTON] Democrats in the US Congress on Monday will try to push through pandemic relief payments of US$2,000,...

[NEW YORK] Oil prices fell on Monday as concerns about weakening fuel demand and the prospect of higher Opec+ output...