Why the BRI needs the US

The problem is, most BRI projects are long-term ones that involve large capital investments and entail major non-traditional risks such as geopolitical conflicts, power shifts, war and unrest, and a global economy in flux. It is hard for any one country to resolve these challenges on its own. All involved nations must work together closely and step up coordination of interests and policies, facing these challenges together.

China is the proponent and main driver of the BRI, and how it communicates the project to others is of extreme importance. So far, China has worked well with developing countries, other than India. Most developing countries face domestic growth challenges and readily accept the BRI. China's collaboration with Japan and developed countries in Europe is also improving. It has signed a memorandum of understanding on the BRI with Italy, one of the world's seven largest industrial countries, signalling that some developed countries within Europe are starting to consider the BRI. Japanese Prime Minister Shinzo Abe's visit to China in October 2018 similarly led to a bilateral agreement to cooperate on joint infrastructure development in third-party countries, which opens up a new way for businesses in developed countries to indirectly participate in the BRI. Even if these countries are not yet officially part of the BRI, businesses operating in their borders can partner with Chinese businesses in third-party countries.

The greatest resistance to China's efforts to drive international cooperation on the BRI comes from the United States. While US enterprises are interested, the US government has gotten in the way of the BRI because of geopolitical competition. Following the election of Donald Trump, suppressing the BRI has become part of America's overall strategy to stop China's rise. This trend is growing, with no sign of easing in the near future. It is the biggest risk and challenge to the development of the BRI.

Even if the US can stop the BRI and force China to cut its foreign investments, the question is, who can fill the gap? In terms of infrastructure funding and construction capabilities, no country can replace China on the international market, including the US. One only has to look at the slow infrastructure growth in the US and its mostly empty international commitments to know that the US lacks competence in this aspect. And since the US cannot take China's place, its interference removes a rare opportunity for global growth. After all, organisations such as the Asian Development Bank and World Bank have given countless warnings that the continued lack of infrastructure is seriously hampering global development. The investments that developing countries put towards realising the United Nations' 2030 Agenda for Sustainable Development are far from sufficient, and it is expected that half the development goals will not be met by 2030. Also, the poverty of low-income countries makes them hotbeds for armed conflicts and terrorism. Only with unity and cooperation can there be sustainable global development.

Another choice that might be hard for the US to accept, but which may be the only good choice, is to work with China on building the BRI. Both countries could complement each other in infrastructure construction, and cooperation would be a perfect solution that would allow the US to better play its role as a world leader.

China's edge is in hard power, in infrastructure construction, but its soft power remains weak. It lacks speaking rights in global regulation, has little global coordination capabilities, and is ineffectual in global cross-cultural management. By contrast, the US enjoys strong soft power, but lacks infrastructure construction capabilities, and it is only a matter of time before China overtakes the US in terms of overall economic power. China and the US each has its own comparative edge, making it essential that they work together.

This mutual dependence dictates that the long-term growth of both countries has to be centred around cooperation. "Decoupling" and the "New Cold War" are just threats and the delusions of a short-term dispute. Since China-US cooperation is the way to handle new global challenges, why not leverage the BRI as a platform to combine China's hard power in infrastructure construction with America's soft power to give a complete system of global public goods? Aiming to counter China's BRI, in recent years the US has rolled out infrastructure projects in the Asia-Pacific and Indo-Pacific regions, which overlap with the BRI geographically. The US can consider establishing platforms for complementary cooperation with China in these overlapping regions in an effort to fully capitalise on each country's strengths.

The US objects to the BRI, saying that the initiative lacks transparency and sufficient private sector participation and neglects sustainable environmental development. These points are valid, but it has been less than ten years since China's large-scale outbound investment in the world economy, and the BRI has only been introduced over the past five to six years, so there will inevitably be problems. China is still inexperienced when it comes to going international. It needs to learn from the world and needs help through cooperation. Instead of opposing and criticising China or trying to establish its own exclusive system, the US could participate in the construction of the BRI and use its soft power to make the BRI a platform for world cooperation and guide the development of the BRI with international best practices.

The biggest difficulty in China-US cooperation on the BRI is the suspicion and wariness in the US towards China's rapid rise. But if China's rise is a given, then attacking it and blocking it would at most slow the process, but not derail it. The US should accept this fact and cooperate with China to build the BRI, which would revitalise the US economy and help maintain its status as a global leader.

Previously, the US mainly relied on its dominance and strength for global governance, exerting its influence through military intervention and economic sanctions, with little direct contribution to global development. However, this concept is long out of date. It has been 74 years since the last world war. Peaceful development and mutually beneficial cooperation are the current theme, and stimulating growth has to be the focus of global governance. If the US does not take part in pushing for global growth, its global leadership abilities will be questioned and challenged. Besides, most countries agree that the BRI reflects the urgent demand for global growth and would help resolve the bottleneck. By working with China, the US would make up for its lack of participation in global growth and strengthen its global leadership. The US should take a more integrated and longer-term view of its strategic relationship with China and work with China to give the world a new governance model centred on development and cooperation. Advocating geopolitical competition might attract attention in the short term, but in the long term, only efforts that really promote global development will gain the sustained support of the international community.

Of course, China should also be more proactive in creating and providing platforms for cooperation with the US and other developed countries, leave more room for companies from these countries to earn profits, and roll out more targeted policies to encourage foreign companies to play a role in BRI projects. At the same time, China should improve in terms of transparency, fair competition, localisation management, funding sustainability, and environmental protection. It should also avoid getting drawn into international geopolitical tussles and be more prudent in investing in sensitive regions as a means of creating better conditions for building multilateral cooperation platforms.

In short, the BRI needs the cooperation of the world, and especially of the US. Only with global cooperation can the BRI be a catalyst for global development. Getting mired in geopolitical tussles would make cooperation practically impossible, but from the view of world growth, cooperation is a feasible option. 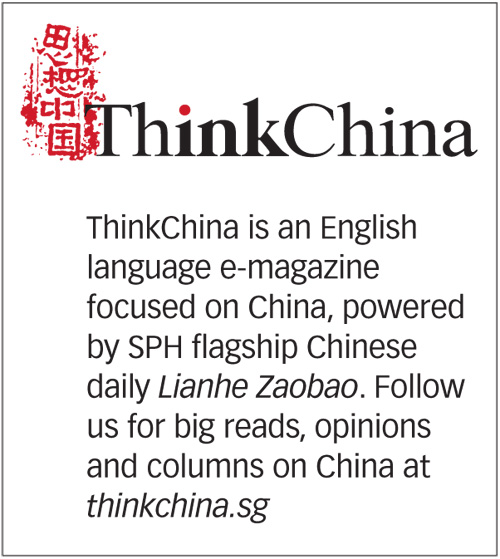 [AMIENS, France] US tyre giant Goodyear has been found by a French court to have unfairly dismissed more than 800...

THE government has launched 4.4 hectares of industrial land across six sites under the Industrial Government Land...

[WASHINGTON] An index of contract signings for purchases of previously owned US homes slumped to a record low in...

BUKIT Sembawang posted a S$14.2 million loss for the fourth quarter ended March - 23 per cent deeper in the red than...